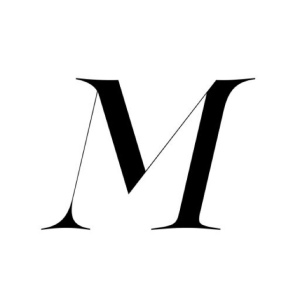 perspective of a parent apprentice

Birth. It is the most incredible, indescribable, unpredictable and miraculous occurrence. Bringing life into the world is an experience that is personal and precious beyond belief. Each delivery is different to the next, and yet I feel that despite the varying differences it is something so special it can actually bring us altogether. I’m pulling together a range of real birth stories to share in the hope of expanding our knowledge and expectations of birth, and to dwell in the wonder that is the gift of life, in the countless forms it may arrive in!

Cravings during pregnancy:
McDonald’s chocolate frappe (I used to ask hubby to bring me one home and wake me up at 1am after his shift).

Biggest concern about birth was:
Baby being stillborn.

Ideal birth plan was:
As natural as possible.

How we went from wombmate to roommate:
It was the 3rd of September when I was called back into the hospital for suspected pre-eclampsia and I needed daily checks. This time bub hadn’t moved for ages and I was concerned. They checked on the ultrasound sound for an hour or more with no movement. This is where they asked if I wanted to be induced due to no movements/early pre-eclampsia. They applied gels on my cervix – and MAN did the contractions start early. They were so painful! I think by 12am I had requested every drug under the sun. Around 6am my waters were broken by the doctor and bub started being distressed as labour went on. At around 9am I was 8cm dilated.. Although bub all of a sudden became posterior.

WOW, now that was painful. I was in so much distress, that bub’s heart rate kept dropping within each contraction. An epidural was required. Around 5pm they prepped me for an emergency caesarean, if forceps first failed. Forceps proved successful thankfully, and our beautiful little girl was born.

Most vivid memory during labour:
I remember the midwife suggested having a shower for relief and I agreed. But as soon as the water was on I screamed to get straight back out.

Most amusing/interesting moment during labour/birth:
Not amusing at the time, but doctors kept saying ‘DOA, DOA’ and hubby knows that as ‘Dead On Arrival’ so he left the room and didn’t say anything, recouped and came back in ready to take on whatever was about to happen. The relief on his face when he asked what they meant was huge.

Best tip/trick you received for those early days:
Meal prep all of your meals.

Top 3 lifesaving items for a newborn:
Take help when offered, sleep when the baby sleeps, go for walks everyday after birth.

A myth/misconception I believed prior that I now don’t is:
That co-sleeping with your children will ruin your kids. Now I definitely know it’s doesn’t – they feel more loved, they know who to run to for comfort in the middle of the night and everyone gets a better sleep.

If you could go back and speak with your pregnant self, what would you say?
Go with the flow, loosen up and trust your body – it is made to give birth.

If you could speak with yourself during labour, what would you say?
Breathe, and keep walking around.

If you could speak with yourself on day 3 of having a newborn, what would you say?
It’s going to be ok, all these pains won’t be forever.

Any words for first time mums-to-be nervous about their own upcoming birth?
It’s ok to be nervous, it’s also ok if you didn’t take birthing classes. This is your birth – trust your body, it knows what to do.

If you have a birth story you’d like to share, then please get in touch and let’s start the conversation and continue celebrating this incredible life changing event!

This site uses Akismet to reduce spam. Learn how your comment data is processed.